A gas-operated light machine gun. While it is somewhat unwieldy and inaccurate, its long bursts of fire are effective against groups of enemies.

The LMG is a heavy, multi-shot firearm which fires 6-shot bursts of rounds which deal a moderate amount of damage each; a slightly shorter delay between each shot; a slightly longer time between bursts; moderate range and low overall accuracy.

LMGs can be crafted at a machining table once the gas operation research has been completed; from

LMGs can also be purchased from outlander and orbital combat suppliers, outlander settlements, or obtained from the following raider kinds:

The LMG is an entry crowd-control weapon, due to a relatively long 6-shot burst, high raw DPS, and poor accuracy. Single-shot damage is decent, but below average, worse than the heavy SMG until past short (12 tile) range. Range is good for a multi-shot firearm, and the LMG's stopping power is also high enough to stagger humans, lancers and scythers. The LMG is the most powerful overall weapon that is capable of staggering humans.

Due to its low accuracy and long cooldown, it isn't advisable to give inexperienced shooters the LMG. The LMG is also very cumbersome, in fact being the second heaviest player-usable ranged weapon after the minigun. Like the minigun, LMGs are great against crowds, as missed shots can hit other pawns in the area. Single-target damage greatly improves against larger targets like centipedes, which are easier to hit, though the LMG loses its staggering advantage.

The LMG is a dedicated support/crowd-control weapon, mostly due to stopping power and accuracy. Assault rifles and heavy SMGs are stronger against single targets, yet remain competitive against larger crowds.

Against an unarmored human, an LMG can kill with 4 hits to the torso, 3 hits to the head or neck, or 1 hit to the brain; cripple or destroy limbs in 3 hits; and cripple or destroy eyes and digits with a single hit. It'll generally take around 6 hits (~10 seconds average) to incapacitate that human from pain shock.

Overall, the LMG is best paired with a careful shooter up to level 12, then with a trigger-happy shooter beyond that point. 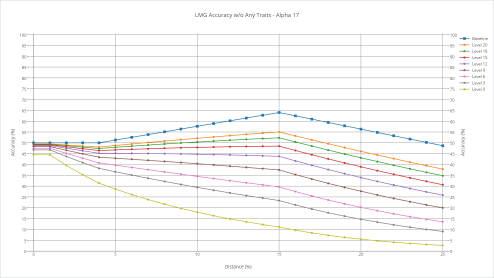 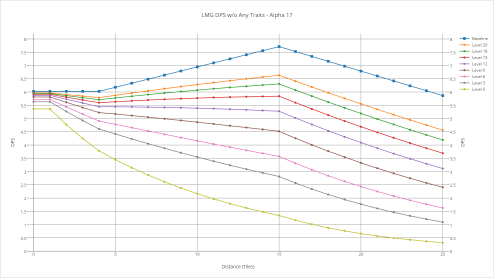 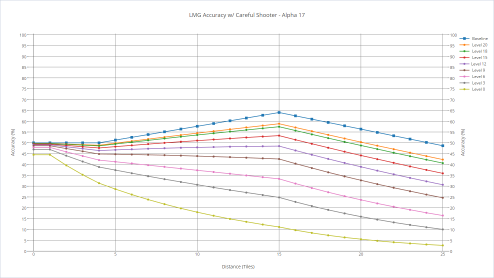 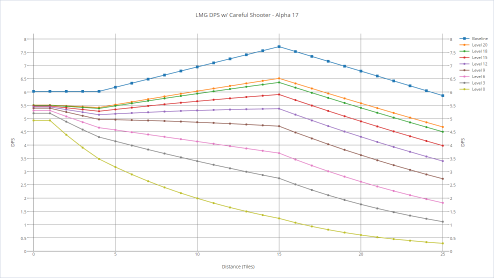 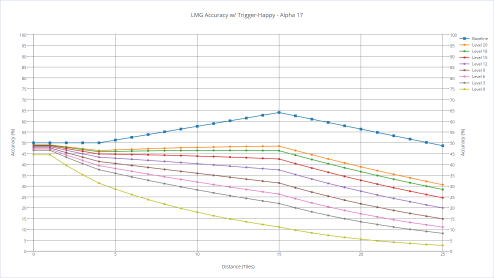 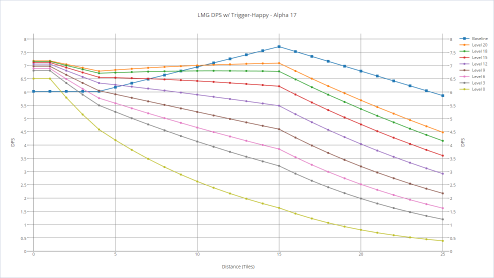