The AI storyteller is the main mechanism used to determine game difficulty and play style. There are currently three presets for narrative settings. Each preset features different raid frequencies and an eponymous cartoon mascot. The player must choose either Cassandra Classic, Phoebe Chillax, or Randy Random to act as their "unseeable God." They will periodically create events for your colony, including pirate raids, resource drops, or manhunter animal packs. The AI Storyteller does not have an in-game body, location, or manifestation; it is just a name given to describe game settings.

Your choice of storyteller sets the tone for your colony - a more benevolent storyteller like Phoebe will send trade caravans or helpful travelers after hitting your colony hard with a tough raid.

The frequency and type of storyteller events are based on a number of factors. Colony wealth, building wealth, colonists count, animal count, if a colonist has died or been severely wounded recently, and how long it has been since the last major event are all considered before a storyteller event occurs.

The difficulty is adjusted separately from the storyteller, however, some storytellers are less merciful than others. Both difficulty and storyteller are changeable mid-game from the Settings Menu, with no downside or penalty. 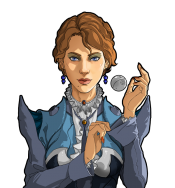 Cassandra creates story events on a classic increasing curve of challenge and tension.
She'll push you with dangerous events, then give breathing room, then come back to push once more. 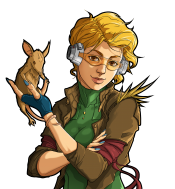 Phoebe gives lots of time between disasters to build your colony.
But beware - at high difficulties, she'll hit as hard as anyone. 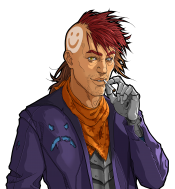 Randy doesn't follow rules.
He'll generate random events, and he doesn't care if they make a story of triumph or utter hopelessness. It's all drama to him.

Warning: Since Randy is truly random, he will sometimes send extremely difficult or unfair groups of events at you.
It makes for high drama - and unavoidable sacrifices.

There are 6 default difficulties:

When creating a game, the player must choose between "Commitment" and "Reload anytime" mode. Unlike storyteller and difficulty, this cannot be changed after game creation. If desired, you can disable (or enable) commitment mode by editing the save file.

With reload anytime, you can save and reload the game as you wish. Good if you're still learning the game, if you intend to self-enforce commitment mode, or if you want to have a more relaxed experience. RimWorld is a single player game - nobody will judge you for playing with saves.

The formula that calculates the odds of random events that add new colonists has changed in 1.0. It factors in how long a player has been at the location for which the event is generated, and the current population of that colony, including pawns who are traveling on the world map. These events include "refugee chased", "transport pod crash", "wanderer joins" and "wild (human) wanders in".

The following code examples and analysis were provided by user Bar0th on Steam, who gave permission for their inclusion here. To summarize these findings: There is a new variable, "PopulationIntent," which replaces the old variables "desiredPopulationMin," "desiredPopulationMax" and "desiredPopulationCritical." It controls the odds of colonist-adding incidents happening on a particular map. The odds based on the time at location decrease until the 10th day, and the odds based on population decrease until the 20th colonist. (For purposes of this formula, prisoners count as half a colonist.) Once both variables have decreased to their long-term minimum, the odds remain stable. Randy's minimum chance is .08%, while for Cassandra and Phoebe the minimum chance is .02%, so Randy is still the best option for players who wish to reach a large colony size.

So, there doesn't appear to be a hard cap on any of the storytellers anymore. However, some events can become much rarer at high populations (0.02% chance of a wanderer join, 0.08% if using Randy @ 20+ population). Also, for purposes of population calculation, it searches the entire map for pawns of that colony (ie: includes caravans, etc), and it also includes prisoners of that colony (each prisoner counts as half a colonist).

The multiple colony trick works, because it doesn't check all pawns in the map for all colonies, only the one it is currently determining the event for.

Also, you can check the table for the PopulationIntent from the "debug logging menu" while in dev mode. Search for the population, and you can bring up the table. You'll notice that after 10 days (at the top), and populations > 20 (at the left) the numbers remain the same. That's because of the curves in Storytellers.xml:

Further investigation and updates are needed.