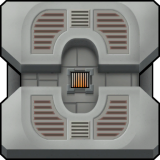 The geothermal generator is a power generator that can be built on top of a steam geyser to convert natural heat into electrical power, providing a constant 3,600W. Steam geysers are randomly generated per map, sometimes close to each other, others scattered towards the edges or center. Colonies are often seen built in their proximity from early days for future benefit.

Geothermal generators can be constructed once the Geothermal power research project has been completed. They require

Geothermal generators are power generators that can only be built atop a steam geyser, and once constructed produce a constant supply of 3,600W. This power supply is infinite, invariable, and unaffected by weather. Like all power systems however, is still susceptible to solar flares and similar effects.

The construction of a geothermal generator does not inhibit the heat created by the steam geyser, and the geyser will still heat rooms if enclosed.[Any Change?] If enclosed in a roofed 6 ˣ 6 room, the heat generated can be sufficient to autoignite the generator in some biomes.

Geothermal generators are excellent as a sustainable power source, providing a relatively large amount of permanent, free energy. This comes at the cost of being locked into set positions on map generation, however it is often worth choosing a base location based on its access to nearby steam geysers. Having access to a single geyser can significantly offset a colony's power needs, while having several can potentially fully supply a modest late-game base.

If geysers are available in reasonable locations, Geothermal power should be researched relatively early to provide free power for your growing base.

As they usually make up a significant portion of a colony's power generation, are relatively expensive to construct, and geysers can spawn in vulnerable locations, care should be taken to defend geothermal generators from destruction. Typically this will take the form of a nonflammable stone wall several layers thick and, optionally, some method of protecting the power conduit leading to the base itself such as a wall or corridor. Note that while geothermal generators can be built indoors, this can cause heat buildup and eventually fire. A prevention method is to intentionally unroof the setup. If the geyser is inside a base, then leaving an open path, an open vent, or an open door can be used to pipe the heat outside or into other rooms. Depending on the biome, simply expanding the size of the room to a floor size of 7x7 is often sufficient to prevent autoignition. Doors should be installed to allow for maintenance, however regular stone doors are sufficient for this and can be stacked directly next to each other as entrances will be rare enough to make the stacking speed penalties negligible and the durable and nonflammable nature will be more important.

In cold biomes, the heat from the geyser itself can be beneficial. The amount of heat it provides is only a little more than a normal heater,[Fact Check] and is not controllable beyond opening and closing doors and vents, and/or building and tearing down walls with the change of seasons. Depending on the outside temperature, if closed under roof a geothermal generator can heat up to 8 rooms of 6x6 placed symmetrically around it with a 1 tile corridor in between.

A geothermal generator and 2 batteries can power a sun lamp and full set of hydroponics basins.