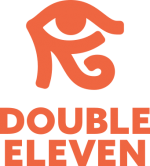 RimWorld Console Edition[1] is a console port of Ludeon's RimWorld by Double Eleven for PlayStation 4 and Xbox One, released to "Digital Deluxe" owners on the 26th of July 2022 and everyone else on the 29th of July.

An FAQ was provided here.

RimWorld Console Edition will natively support PlayStation 4 and Xbox One systems on release. You can play on current generation consoles through backward compatibility mode and experience increased resolution and improved performance.

We don’t have anything to share right now on whether there will be a native version for PlayStation 5 or Xbox Series S|X.

What are the key differences between RimWorld Console Edition and RimWorld (PC)?

RimWorld (PC) is an ever-evolving game and we made the decision to branch off from that version of RimWorld, locking off content whilst we polish, improve and develop our own version. This means that whilst we are slightly out of sync with RimWorld (PC), we were able to focus on bug fixing, performance optimisations and fine tuning our experience for console players. This is still the same, great RimWorld experience, optimised exclusively for consoles with a fully adapted user interface which makes the most of what a controller has to offer.

When RimWorld Console Edition releases on the 29th of July, we will continue to improve our version of the game, ensuring that console players have as smooth an experience as possible. We are following our own roadmap, and whilst we are keen to bring over content and features from RimWorld (PC), we need to make sure that they work with our new user interface, control scheme and are optimised for console hardware.

Will other RimWorld (PC) DLCs be coming in the future?

Like mentioned above, RimWorld Console Edition is the full, RimWorld experience optimised for consoles, and we are on our own content roadmap from PC. To deliver a great launch experience we made the decision to focus on optimising and balancing our vision of RimWorld. RimWorld is a very UI heavy game, and subsequent PC DLCs have a large number of additional screens which would have had to be designed, implemented and tested - which would have only added to the development time and continue to push RimWorld Console Edition back. We chose to launch with the Royalty DLC to provide as much additional content as possible for those that wanted to bolster their RimWorld experience, as this adds a variety of new exciting features such as psychic powers, new weaponry, quests and much more.

We aim to bring more of the PC content over to the console edition in the future but need to evaluate the impact on the performance of already-released content before we commit to anything further.

Will there be mods in RimWorld Console Edition?

This version of RimWorld was built for console, so mods created for PC would not be directly compatible given technical requirements, limitations and store policies that are different than the far more open PC environment. Having said that, Double Eleven are keen on exploring how we can expand RimWorld Console Edition allowing for more customisation and gameplay. This will likely involve a combination of feedback from the community alongside our observations on how people are playing the game.

RimWorld Console Edition is a full, single player experience. We have no plans for multiplayer support.

Where can I get the most up-to-date information for RimWorld Console Edition?

The easiest way to find the most up-to-date information on RimWorld Console Edition would be to follow us on social media, or sign up to our newsletter on the homepage of this website.