How to Cure Addictions

Taking the patient in

Colonists can have fatal fates when Overdosed with hard drugs. To rehabilitate such individuals, the player must build a hospital and drag the sick character to it. Using force can have a negative social influence on the patient and increased mood debuffs that will make recovery even harder, specially if such measure was performed with weapons (healing will take longer and could severe the body badly). So its best to wait until the pawn is "downed" / collapses due to exhaustion or starvation, and then rescue the person without physical intervention.

Two aspects to take into account: the character`s mood will have a "psychite withdrawal" of -35 that will make the person hard to control, attempting escape while restrained. Re-capture is easy if the player reacts fast enough and the hospital isn't at the colony`s border. The other factor will be the health overview tab which will display a counter with withdrawal percentage. The higher it gets, the closer to complete recovery (101%). 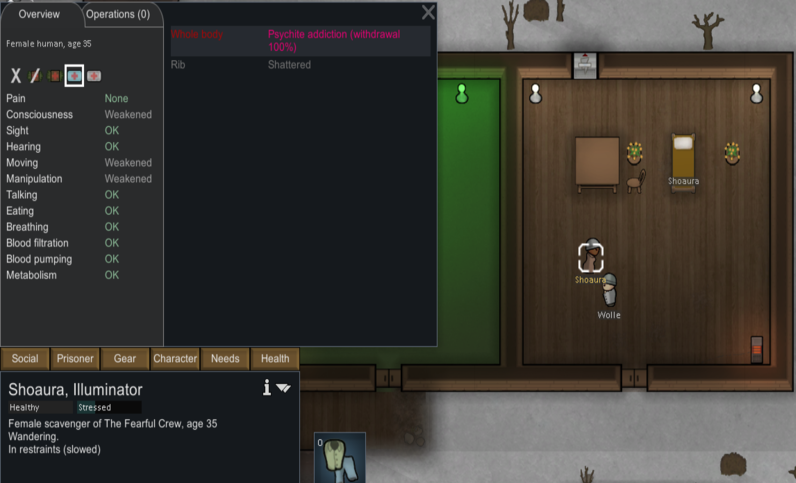