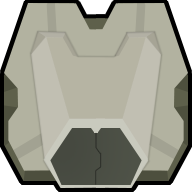 Mech assemblers are mechanoid cluster buildings added by the Royalty DLC. A mech assembler will spawn a mechanoid of its set type at a rate of one per day until it has produced a total of four mechanoids, or is destroyed. The mechanoids that can assembled are scythers, lancers, centipedes, or pikemen.

Like all mech cluster buildings, they not only have a Flammability of 0%, but also take no damage from attacks with the Flame damage type. This is in contrast to, for example, a stone wall which will not be ignited by molotov cocktails but will take the 10 flame damage from the initial attack.