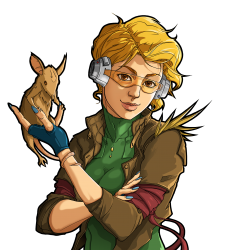 Phoebe Chillax, is a storyteller whose main characteristic is the long break between challenges, leaving the player with enough time to rest and recover after an event, and live without much to worry about. This gives new players a more relaxed experience to get familiar with the game. However, long breaks between raids can lead to suprising spikes of difficulty.

While Phoebe will "hit as hard as anyone", Cassandra is simply a more difficult storyteller - she sends more threats more often. For comparison, Phoebe can never send 2 raids in quick succession, always taking anywhere from 8 to 24 days between major threats. What this description means is that a large raid at Losing is Fun won't be any easier just because you picked a different storyteller.