After firing 120 rounds it requires a barrel change, costing 40 steel. 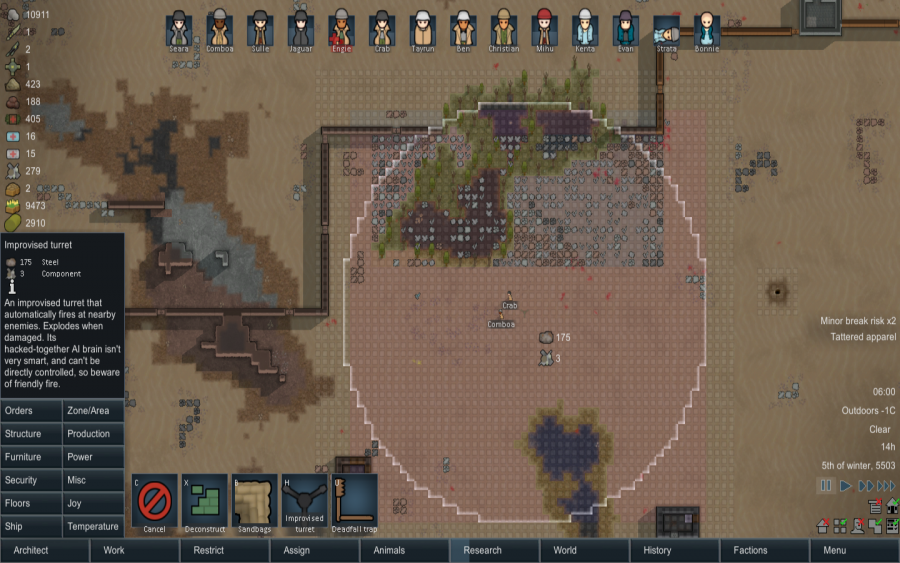