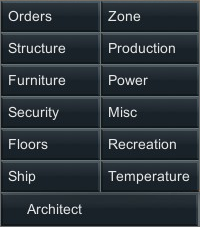 Some characters are incapable of certain work and/or certain categories of work (i.e. violent, dumb labor) as determined by their Traits. This is listed under Incapable Of in the character tab. Characters with a skill level 0 in a skill are still capable of performing the relevant task, they will just be extremely ineffective and inefficient. One exception is that characters who are incapable of plant work can still cut down trees - if it is under blueprints as part of construction work. They'll be exceedingly slow at it, though.

Note: Within each work-type, there are a number of tasks performed as part of that work type. Tasks with a higher priority value will be prioritized over tasks with a lower value in the same work-type.

Allows the player to edit and set drug policies that can be applied to each colonist. (Note: Pawns on a drug binge or with a chemical fascination or chemical interest trait may ignore these restrictions and take drugs at will.) Pawns can also be told to keep a certain number of doses for each individual drug type. 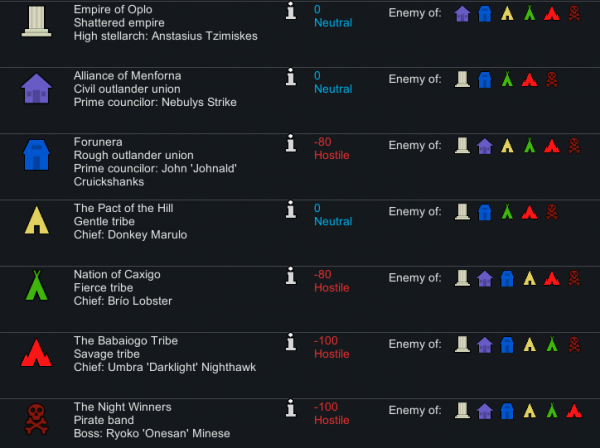