"A single-use rocket launcher that fires a massive explosive projectile. Good against large groups of soft targets. Starts fires.
Because of its unwieldiness, single-use limitation, and the massive destruction it causes, it's said that one must be slightly crazy to use this weapon."

It's worth noting that this launcher is never automatically aimed by colonists - they have to be ordered to fire by the player.

The Doomsday Rocket Launcher is the big brother of the triple-rocket launcher, firing a single rocket that produces a devastating explosion as opposed to three smaller rockets - but also remains as a single-use solution to threats. Although the large main explosion is standard, the doomsday rocket launcher also produces 5 smaller incendiary explosions interspersed with the main explosion, which can detonate behind walls. Given the right conditions, doomsday rocket launchers can be the cause of massive wildfires that obliterate anything that stands in its way - until precipitation rains down upon it, ending its sheer reign. These two traits combined make the Doomsday Rocket Launcher an extremely high threat, as it will happily wipe out anybody unlucky enough to be caught in the blast radius: either by the explosion itself, or the blaze that will consume them moments later.

Not unlike the triple-rocket launcher, Doomsday rocket launchers can only be acquired either through trade (this will typically set you back for a considerable amount of silver), or by looting it from 'Heavy Mercenary' raiders that have this equipped, but not yet fired it. Since Doomsday Rocket Launchers can now be found in raids, pawns that wield these behemoths should be top priority as a target to gun down as they will be a significant threat - even above triple-rocket launchers (in most cases), incendiary launchers, frag grenades and molotov cocktails.

Doomsday Rocket Launchers have a range that dwarfs most other weapons; being tied with the triple-rocket launcher and only surpassed by the sniper rifle. Therefore, Doomsday Rocket Launchers could be the ultimate solution to dispatch of dangerous sieges and late-game tribal raids - along with multiple mortars arguably being just as effective for the former (if you don't mind the steel cost and don't want to risk your colonists), and even the latter if the tribals 'prepare' before attacking. 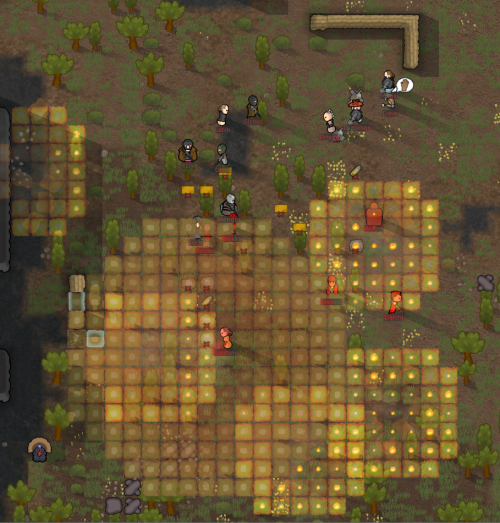